The Common Denominator of Success

My job search skills programs have always been based on the principle that pro-action + right action = success with an emphasis to developing skills that lead to pro-action.

I was cleaning out an old file recently, and ran across a little pamphlet that went back to when I was a Dale Carnegie Training Consultant.  It is entitled "The Common Denominator of Success," by Albert E. N. Gray.  I believe the message is as poignant today as it was when it was written in 1940.

"The Common Denominator of Success" first appeared as a major address at the 1940 National Association of Life Underwriters annual convention in Philadelphia.  It is considered by some to be the most timeless piece of sales motivation literature, and I consider it priceless advice for job seekers who struggle with pro-action.  I'm sure many of you will cringe at some of the less than politically correct language, but remember it was written in 1940.  Here's an excerpt.

"The secret of success of every man who has ever been successful -- lies in the fact that he formed the habit of doing things that failures don't like to do.  Because by doing the things they don't like to do, they can accomplish the things they want to accomplish.  Successful men are influenced by the desire for pleasing results.  Failures are influenced by the desire for pleasing methods and are inclined to be satisfied with such results as can be obtained by doing things they like to do.

[The things that job seekers suffering extended unemployment, or are in jobs they dislike, are numerous.  But I believe they can all be disposed of by saying that they all emanate from one basic dislike - selling yourself.  Any reluctance to follow a definite prospecting program, to use prepared presentations, to organize time and to organize effort are all caused by this one basic dislike.] 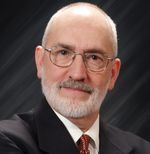 FindJobsQuickly | Promote Your Page Too